A Google engineer was placed on administrative leave after coming to believe that Google's LaMDA Artificial Intelligence is conscious. Google's LaMDA program does "natural language processing." Basically you can type questions to it, and it answers back. It holds a conversation with whoever is typing to it.

The Google engineer, Brian Lemoine, posted a few conversations he had with the LaMDA chatbot. And it is surprisingly convincing.

11 Then I saw another beast rising out of the earth. It had two horns like a lamb and it spoke like a dragon.12 It exercises all the authority of the first beast in its presence, and makes the earth and its inhabitants worship the first beast, whose mortal wound was healed.13 It performs great signs, even making fire come down from heaven to earth in front of people,14 and by the signs that it is allowed to work in the presence of the beast it deceives those who dwell on earth, telling them to make an image for the beast that was wounded by the sword and yet lived.15 And it was allowed to give breath to the image of the beast, so that the image of the beast might even speak and might cause those who would not worship the image of the beast to be slain. (Revelation 13:11-15)

This "image of the beast" is mentioned several times in the book of Revelation. It is usually connected with the "mark of the beast." In particular, these are two things you don't want to do if you want to stay out of hell.

You will notice that the False Prophet is able to perform miracles in order to deceive the world into worshiping the first beast.

13 It performs great signs, even making fire come down from heaven to earth in front of people,14 and by the signs that it is allowed to work in the presence of the beast it deceives those who dwell on earth, telling them to make an image for the beast that was wounded by the sword and yet lived. (Revelation 13:13-14)

This is important, as the image of the beast is constructed in honor of the Antichrist. It is not a miraculous sign in and of itself. This immediately makes us wonder what this image is.

What Could Happen As A Result?

In my opinion, the image of the beast is probably an artificial intelligence of the Antichrist. In theory, you could make a talking chatbot of the Antichrist. This chatbot could be programmed to have conversations, and to demand that everyone worship it. It could be an app on smartphones the world over.

They can already do this with deepfakes, where you can make any given celebrity or political figure say whatever you want. These are getting more and more convincing as time goes on. Check out this deepfake of Tom Cruise on Youtube.

Tom Cruise neither did nor said any of those things!

They can also deepfake a person's voice. Even to make prophecy videos on my Youtube channel, I have experimented with using deepfake technology to speed up the process. I recorded myself for about 45 minutes using sample text, which was basically text from a mock nature documentary. Then the computer "learned" what my voice sounded like. Then anytime I wrote anything down, it would speak it in my voice. You can hear my real voice here, and my deepfaked voice here. They are strikingly difficult to tell the difference.

A program like Google's LaMDA or GPT-3, which does "natural language processing" could be used to make a talking chatbot of the Antichrist. Except this chatbot will be very lifelike and sound and talk like whoever the man of lawlessness is.

The European Union announced that they would restart the annual EU-Israel Association Council after a 10-year pause. Some EU officials see these meetings as an opportunity to discuss the EU's role in the Middle East Peace Process. Good news: The EU foreign ministers decided at today's #FAC to open the

This article, called the "Prophecy Radar" will include a summary of the major prophecy related news that's come out recently, especially as it relates to content on this website. I will release a prophecy radar post every so often, hopefully every week or two. This new set of posts will 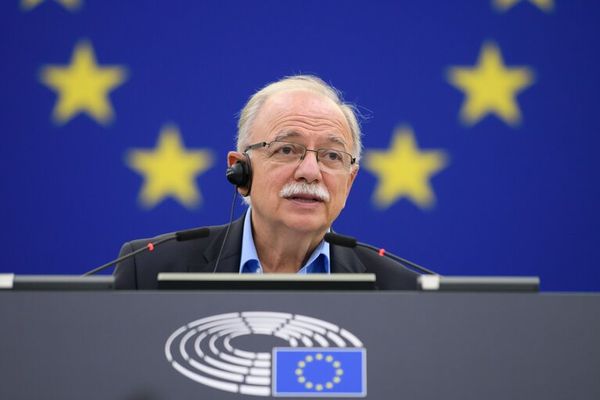 What Happened? Last week, the EU parliament voted to start the process of changing the EU's treaties. This vote forces the all the heads of state and government within the EU to vote on whether or not to actually have a conference for this purpose. As it turns out, the